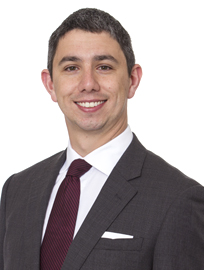 Robert graduated with a Bachelor of Laws and Graduate Diploma in Legal Practice from the University of Wollongong in 2008.

Robert commenced legal practice on the South Coast in 2008, working primarily in the areas of Litigation and Family Law. In 2011 he was commissioned as a Maritime Warfare Officer in the Royal Australian Navy, later performing the role of Legal Officer from 2013. In this role he delivered legal services to a variety of internal clients in the areas of Administrative and Military Law. He remains a Lieutenant in the RAN Active Reserve.

Robert is an experienced litigator with a commercial focus, and has acted in a range of jurisdictions in relation to high-value contractual disputes, claims against directors, liquidation disputes/attempted claw-backs, employment disputes, and the protection of intellectual property. He is experienced in a wide variety of transactional matters and has advised in relation to the merger and privatisation of government services, the preparation of joint ventures, and franchise agreements. Robert also maintains an active criminal law practice which covers all matters ranging from serious indictable offences through to summary proceedings.

Robert grew up in the Shoalhaven region, and continues to reside there with his partner. He enjoys visiting the region’s many wineries, as well as recreational activities such as kayaking and bush walking.