When Charles Coffee Russell established his law practice in Wollongong in 1885, the colony of New South Wales was less than 100 years old and Wollongong was a small town serving the farming communities of the Illawarra. Its main industries were farming, timber-cutting and fishing. Coal mining was starting to boom, but the steel industry that was to transform the region was still four decades away.

The venerable Mr Russell had not long arrived from Belfast, where he had studied at Queen's University and practised law before emigrating with his family to New South Wales, and settling in Corrimal. Within days of opening his practice he was advertising in the Illawarra Mercury that his was "the office for obtaining probates, letters of administration etc)." 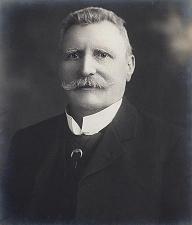 The firm that was to grow into a partnership called Russell McLelland Brown was off and running.

Two years later in 1887 another law practice was founded in Kiama, the picturesque quarrying and dairying town 35 km south along the coast. Kiama's Kearns & Garside and Wollongong's Russell Mac's (as the firm was affectionately known) quickly became established as the two leading law firms in the district.

Australia became a nation in 1901, but the really big change in Wollongong occurred in 1928 when the Port Kembla Steelworks opened. It sparked the Illawarra's transformation into the industrial heartland of Australia.

In 1975 the region witnessed another major milestone, when the Wollongong University College gained its autonomy and became the University of Wollongong (UOW). Like the establishment of the Steelworks, this was to have a hugely significant impact on the region. UOW has become one of the most successful universities in Australia, transforming Wollongong into a centre of education. These days many of RMB's outstanding young lawyers having graduated from UOW's excellent Faculty of Law.

By the start of the 21st century RMB Lawyers had evolved into a large, multi-dimensional law practice with an outstanding reputation across NSW. In fact, such was its standing that it was used as the test bed for the new Law 9000 legal accreditation in 2004, and became the first legal firm in New South Wales to gain the accreditation. The legal profession's quality management organisation QL Inc awarded RMB's Managing Partner Craig Osborne that year's Phillip King Memorial Award for his leadership role with the introduction of Law 9000.

Meanwhile, Kearns & Garside had developed a specialisation in local government, planning and property law, with a reputation and client base that extended well beyond the Illawarra's borders.

It was a perfect match when, in 2005, the Illawarra's two longest-established law firms merged. RMB gained Kearns & Garside's specialties while the town of Kiama gained the full resources of the larger RMB group, with the merger allowing Kearns & Garside to greatly expand the services it provided.

Since then the combined firm has continued to expand, opening an office in Dapto in 2007.

That shared arrangement was such a success that the two firms agreed on a merger which took effect on 1 July 2008.

The merger provided RMB with a strong presence in the Shoalhaven, as Morton + Harris had been established for 70 years. It also gave Shoalhaven residents access to RMB's complete range of legal services without having to travel outside the district.

In the same year RMB opened a Compensation Law branch office at the Centre Health Complex in Barrack Heights and in 2009 RMB opened an office in Bowral in the Southern Highlands.

This gave the firm a presence in all five local government areas of the Illawarra as it celebrated its 125th anniversary in 2010, and cemented its position as the largest regional-based law firm in NSW.

In 2015 the firm marked its 130th anniversary with the publication of the firm’s history: RMB: 130 Years of Legal Leadership.

In September RMB was named Regional Law Firm of the Year at the 2015 Australian Law Awards, and in October it opened a new office in Camden in Sydney’s fast-growing south-western fringe.