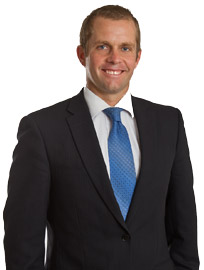 Degrees in Law (undergraduate and postgraduate) and Exercise Science from the University of Wollongong.

After graduating Michael moved to London where he worked for a top tier law firm. Returning from London in 2006, Michael accepted a position at RMB Lawyers in their commercial division. Michael works with both individuals and companies advising on small intricate matters to large commercial transactions. Michael has completed a certificate in insolvency at the University of Southern Queensland.

Michael is now a specialised commercial lawyer with a skill set that can handle any type of commercial matter.

Grew up in Canberra. He has travelled the world and loves the cultural diversity that is available when visiting other countries, especially in the third world. Loves to surf and play all sports, and considers Wollongong offers the best of both worlds - surf town meets city life.