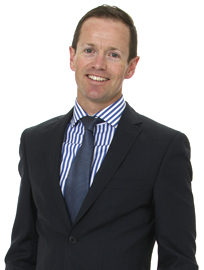 Josh studied Law at the University of Sydney (1998-2002), and was admitted as a solicitor in NSW in 2002. He was also admitted to practice in the United Kingdom in 2007. Josh gained Specialist Accreditation in Property Law in 2007.

Josh worked for another local law firm before joining RMB at the beginning of 2009. Josh has extensive experience in Real Estate and Property Law.

Josh grew up in the Illawarra and has lived most of his life in the 2519 Postcode - Balgownie, Fairy Meadow and now Mt Ousley. Josh attended Keira High School and studied Law at the University of Sydney. Married with a family, Josh lists his hobbies as running, surfing, travelling, music and (real) football.