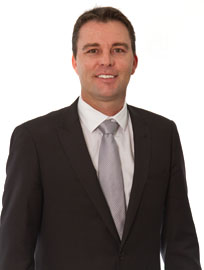 Chris practices primarily in the injury compensation law area of our practice and has been a Law Society of NSW Accredited Specialist in Personal Injury Law since October 2008. He assists people involved in all types of injury compensation claims including those arising from:-

• victims of institutional sexual and other abuse

• claims arising as a result of being injured in public places.

Chris also has extensive experience in workplace and employment law which includes acting for employers and employees in matters involving:-

• advising in relation to termination, redundancies, confidentiality, restraint of trade and non-compete clauses

• general advice on employer’s obligations and rights under the Fair Work Act and other pieces of legislation.

With a local blue collar background, Chris excelled at Keira High School and went on to graduate from the University of Wollongong. As a talented student with a solid grounding in the local community, Chris was identified by RMB Lawyers and commenced employment with the firm following the completion of his tertiary education. Chris became a partner of the firm during 2005.

Chris grew up in the Wollongong suburbs of Balgownie and Corrimal where he achieved state representation at both cricket and football (soccer). He maintains an active involvement at Balgownie Cricket Club. Chris has also acted as a member of the Appeals Committee of Football South Coast. Since 2017, Chris has been a director of the Wollongong Wolves Football Club and was heavily involved in its bid for an A-League licence in 2018. Chris remains a director and at the forefront of leadership of the Wollongong Wolves who went on to become NSW and National NPL Champions in 2019.

Chris' young family and his large extended family in the Wollongong area ensures his close ties with the local community.