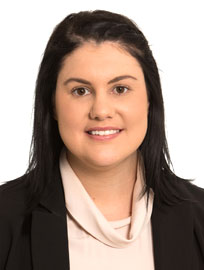 University of Wollongong – Graduated in 2012 – Bachelor of Commerce (Human Resources)

Abby joined RMB Lawyers in August 2012. Since then she has been working in the Real Estate/Property Division from the Kiama Office while studying to become a Licensed Conveyancer. Abby came to RMB after working for another Illawarra Law Firm where she also worked in Conveyancing.

Abby grew up in the northern suburb of Woonona. She enjoys spending time with her family and friends. She also enjoys playing mixed indoor netball.

Abby is also a Justice of the Peace.