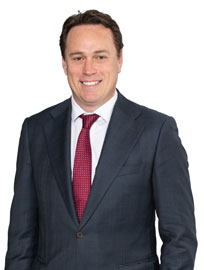 Steve graduated from the Legal Practitioners Admission Board, University of Sydney in 2013 with a Diploma in Law. He achieved his Graduate Diploma in Legal Practice from the College of Law in 2013, and was admitted as a lawyer in 2013.

Steve is a member of the Compensation and Litigation Law Divisions at RMB’s Wollongong office.

Steve has been employed with RMB Lawyers since March 2014 and in that time has diligently performed work in a variety of litigated legal disputes including in the High Court of Australia and Federal Tribunals. Steve’s dominant areas of practice include personal injury compensation claims, coal mine subsidence compensation claims, defamation and general civil litigation.

Steve lends a sympathetic ear to his clients who have often suffered great loss, usually due to the fault of another person or entity.

Steve has resided in the Wollongong area since commencing employment with RMB in March 2014. Since that time he has made a significant contribution to the local community by sitting as a judicial member of Football South Coast, coaching junior rugby league and serving as Vice President of the Woonona-Bulli Bushrangers Rugby League Club. In his downtime Steve enjoys spending time with his family including two young children, surfing, cooking and watching a variety of sports.