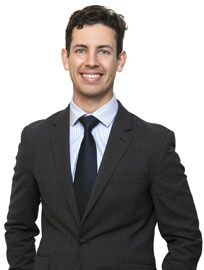 Harley is part of our Commercial Transactions and Disputes Division and works alongside Partners, Michael Lewis and Craig Osborne. Harley has experience in Commercial Litigation; Dispute Resolution; Mergers, Acquisitions and Restructures; Trusts; Intellectual and Real Property Transactions; Finance and Securitisation; Taxation, with a particular focus on Land Tax; Building and Construction; Greenfields Development; Projects; Local Government and Planning; Compulsory Acquisitions; Native Title and has worked alongside a number of local and national Charities and Not for Profits.

Harley has a Bachelor of Laws from the University of Wollongong and a Graduate Diploma in Legal Practice with the Australian National University. Harley was admitted as a Solicitor in the Supreme Court of NSW in 2015.

Harley started out with one of the State’s largest regional law firms and has since worked with some of the world’s largest professional services firms and financial institutions. In this time, Harley has developed a particular interest in Building and Construction and Major Projects and loves working with clients to ensure that their projects reach full potential.

Harley grew up in Gerringong and is a member of both Gerringong and Wollongong City Surf Lifesaving Clubs. He competes in surfboat rowing, and enjoys surfing and travel.